An exercise in industry disruption for Dolphin Gaming & Entertainment

Dolphin Gaming is a legacy gaming establishment in Scarborough. With a fiercely loyal customer base and welcoming staff, it is one of the go-to bingo and gaming halls in the city. However, the bingo industry has undergone sweeping changes especially with OLG’s initiative to revitalize Ontario’s charitable bingo and gaming industry. Furthermore, Dolphin Gaming underwent major renovations to their space, adding a new menu, full bar and an elevated overall look and feel. They approached us with this business problem: how do we attract the gaming player and communicate our new offerings to customers who already know us?

Our first step is always research. We needed to deeply understand a few critical pieces before crafting the right message: what does ‘gaming’ mean to the Dolphin customer? How do demographics and location affect customer attendance? What are customers looking for in a bingo and gaming experience? What media does the gaming player consume? Furthermore, we needed to understand the game itself. In addition to consumer focus groups and industry analysis, we played bingo at Dolphin Gaming and five other bingo halls in Toronto and the GTA to truly understand our client’s business.

Our next step was to bring together what we learned about consumer gaming habits and the changes OLG was instituting to enhance the in-hall experience. A major insight was that gaming players do not want to travel far for a night out. They typically drive to gaming establishments versus taking transit, and they are intrinsically social people. Spending time at Dolphin Gaming (for some players, multiple times a week) is an outing, a place where friends meet and often, the highlight of the week. Therefore, this warm and positive association with Dolphin Gaming needed to come through in our creative.

This image served as the foundation for the campaign’s creative. It implies fun, action, community and bright lights. We learned through focus groups that the term “gaming” isn’t explicit enough at describing the range of activities Dolphin Gaming provides, so we added to the name.

Finally, we coined the slogan “Fun So Close to Home” as the tagline for the campaign. This subtly acknowledges Dolphin Gaming’s longtime roots in Scarborough and tells customers they can enjoy a night out in their neighbourhood. The images in the campaign show the various ways a gaming player can have fun at Dolphin.

We chose transit as the main medium for the campaign. While gaming players do not take transit to Dolphin Gaming, they ride the TTC multiple times a week, primarily to work. This campaign is visible on subway cars and bus wraps across the city of Toronto. It highlights that Dolphin Gaming and Entertainment is accessible and easy to get to, offers both bingo and electronic gaming alternatives and most importantly to its customer, awards $10,000 jackpots every day. 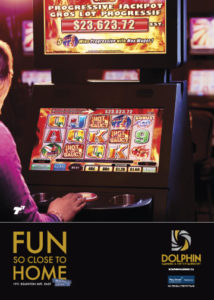 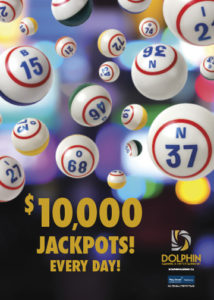 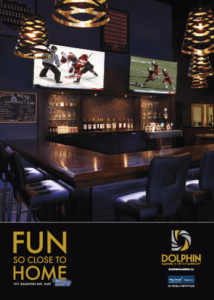 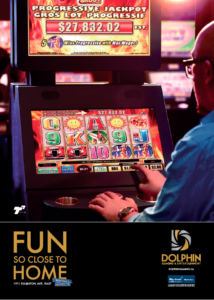 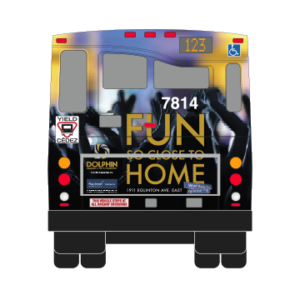 Marketing partnerships: a great way to boost your brand

I am a big fan of marketing partnerships, when done right, particularly for small businesses who have a limited marketing…

An exercise in positioning for Lake of Bays Brewing Co.

As one of over 200 craft breweries in Ontario and over 100 slated to open this year, our client Lake…

We’re a marketing company with an expert team that brings monumental impact to our clients and their businesses. Today, we’ve…